The Men’s lax team continued their roll on Sunday in topping Rutgers in a wet, wild game. Read all about it on our sister site, www.inthecreaselax.com click here to view

The Merriam-Webster dictionary defines inevitable as, “incapable of being avoided or evaded.” Becoming Maryland’s all-time career women’s lacrosse goal scorer might not have seemed inevitable from the moment a freshman Megan Whittle stepped on the field and scored two goals in a game at William and Mary – her first collegiate game in a Maryland uniform – but it certainly appeared to be just that when a senior Megan Whittle stepped on the field at Jesse … Read More »

Todd Carton writes about the last second win as the #3 Terps Women’s Lax team continues to roll.  Read all about it on www.inthecreaselax.com click here

Todd Carton and his weekly review of the new polls.  Todd’s analysis can be found on www.inthecreaselax.com click here 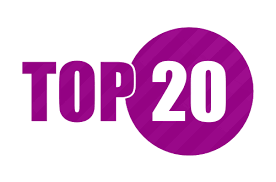 Men’s lacrosse  ranked 2nd and Women ranked 3rd – read all about it on our sister site www.inthecreaselax.com

or click here to go right to the story

Todd Carton chimes in on the Terp women besting two unbeatens this week.  Read all about it on our sister site www.inthecreaselax.com

As the game clock ticked toward zero and Kansas State leading 50-41 Sunday night in Charlotte, it was evident that UMBC’s slipper was not only made of glass but was about to shatter. Coach Ryan Odom had emptied his bench allowing the crowd to acknowledge his team’s accomplishment and his seldom used players the chance to take the court in an NCAA game.

In their brief playing time, those five players displayed the same never give … Read More »

The world turned upside down as the clock neared midnight on March 16, 2018 in Charlotte, North Carolina. The voice of Dr. Peter Venkman shouting, “… dogs and cats living together. Mass hysteria!” echoed through my mind. My cell phone, normally quiet after nine p.m. erupted in such a burst of activity that I needed to silence the notification feature. And I had no words. The cataclysmic event that prompted this was UMBC’s 75-54 win over … Read More »

Playing on the road in the first round of the NCAA Tournament for the first time in more than a decade, the Maryland women’ basketball team rolled to a surprisingly easy 77-57 win over the Ivy League champion Princeton Tigers. And while the 77 points looks like a return toward the scoring levels fans are accustomed to seeing from the Terps, it was tenacious defense and dominating rebounding – the same formula the Terps … Read More »